The ruins of the Bomarsund fortress are one of the most visited historical attractions in the Åland Island. Even though not much of the fortress remains, there is still much interesting here to learn about the historical period of Russian occupation of Åland durint the 19th century, as well as the exciting tale of the Battle of Bomarsund, which ended the Czar's ambition for a stronghold. By the ruins there is a centre for visitors and among the ruins you'll find signs with information.

Bomarsund is 33km from main town Mariehamn and is preferably reached by car. On bicycle it takes about 2 hours to bike from Mariehamn to Bomarsund. On the way you'll pass the Kastelholm castle, which is the most important historical attraction in Åland. Buses depart daily between Mariehamn and Bomarsund.

The Bomarsund visitors centre is open every day during the summer season, but with quite sparse opening hours. The ruins themselves are always accessible to visitors, as well as what's left of the cannon towers - including the original cannons. 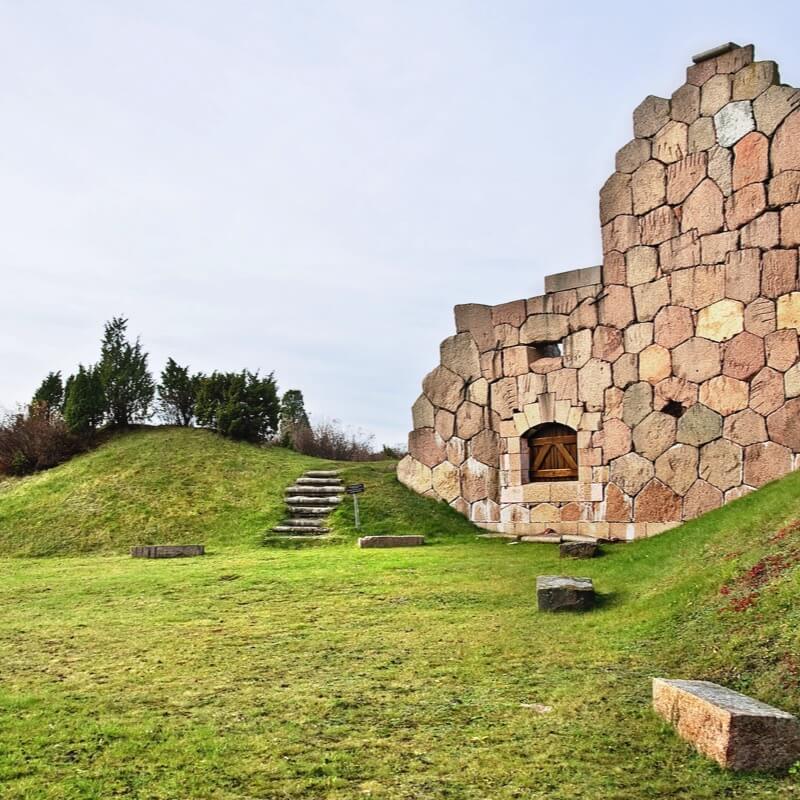 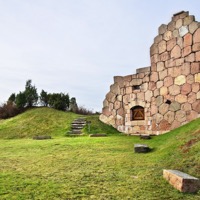 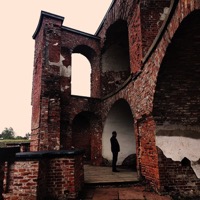 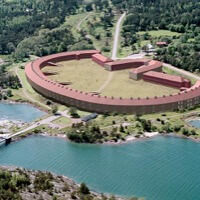 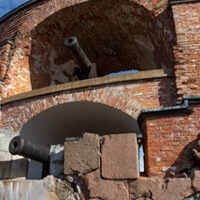 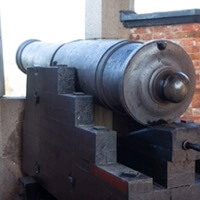 Åland was conceded to the Czar after Sweden was defeated by Russia in the Finnish War 1808-1809. In becoming the westernmost frontier of the Russian empire, the islands needed to be fortified in order to defend the newly gained territory.

Already by 1810 Russian engineers were busy in making plans and building military infrastructure by Bomarsund, which was a geographically suitable location for the fortress they intended to build. The project halted however, when the officer in command died in 1819. It was not until 1828 that the Russians recommenced their fortress project - this time according to the needs of more modern warfare, with dozens of defensive cannon towers. The great fortress was to be the largest construction in Åland ever.

Construction continued at a slow pace between 1830 and 1854, by thousands of labourers, prisoners and soldiers. The Russians were planning on having a garrison of 4000 to 5000 soldiers to defend the fortress. The project would also include civilian buildings, such as a hospital and an orthodox church. A small town called Skarpans emerged next to the construction project. The political elite of Åland at the time would visit Skarpans to fraternise with the enemy. 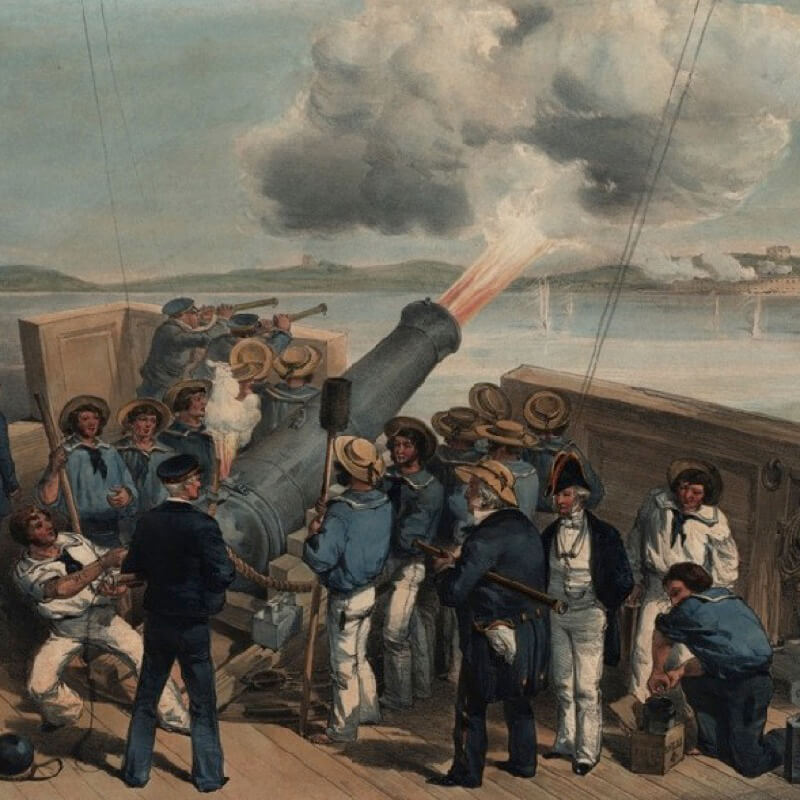 The Battle of Bomarsund, lithography by Edwin T Dolby 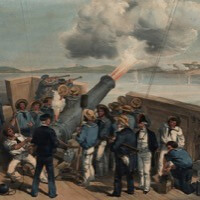 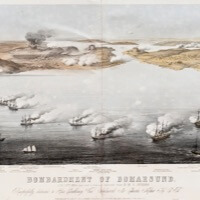 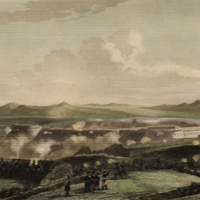 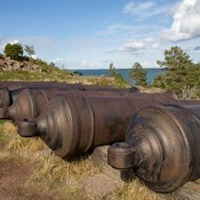 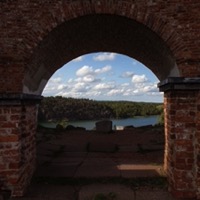 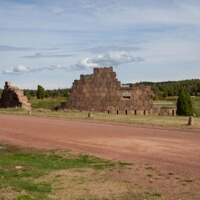 In 1853 the Crimean war broke loose, with the main hostilities being between Russia and a British-French alliance. The British soon made the Baltic Sea theirs and the Russian fleet stayed in port - hesitant to challenge the strength of the British navy. The fortress in Bomarsund was still under construction and became an easy target for the British, who also employed steam powered ships. In Midsummer 1954 they began bombarding the fortress with canons, mortars and rockets - and received the same in kind. The assault only ended after the British ships had ran out of ammunition. A few weeks later they were back again with a fleet of at least 25 British and French warships. Some 10 000 French soldiers were brought to carry on the assault by land, while the ships relentlessly bombarded the fortress and the 2000 defending Russian soldiers.

The sea bombardment and land battles continued for three days before commanding officer Jakob Andrejevitsch Bodisco was forced to surrender the fortress. Later the victorious British and French would demolish the fortress with explosives. Their reason being fear that the Russian reinforcements would march over the frozen sea come winter and retake the fortress. Casualties from the battle were few - only 53 of the defenders died.

The Battle of Bomarsund was hailed as a huge victory in France. When the peace treaty was signed, Russia was strong-armed inton accepting that the Åland Islands would become demilitarized territory. The French and the British had offered Åland to Sweden, but the cowardly Swedish king refused the gift. Thus Åland continued to be ruled by Russia until the revolution 1918. 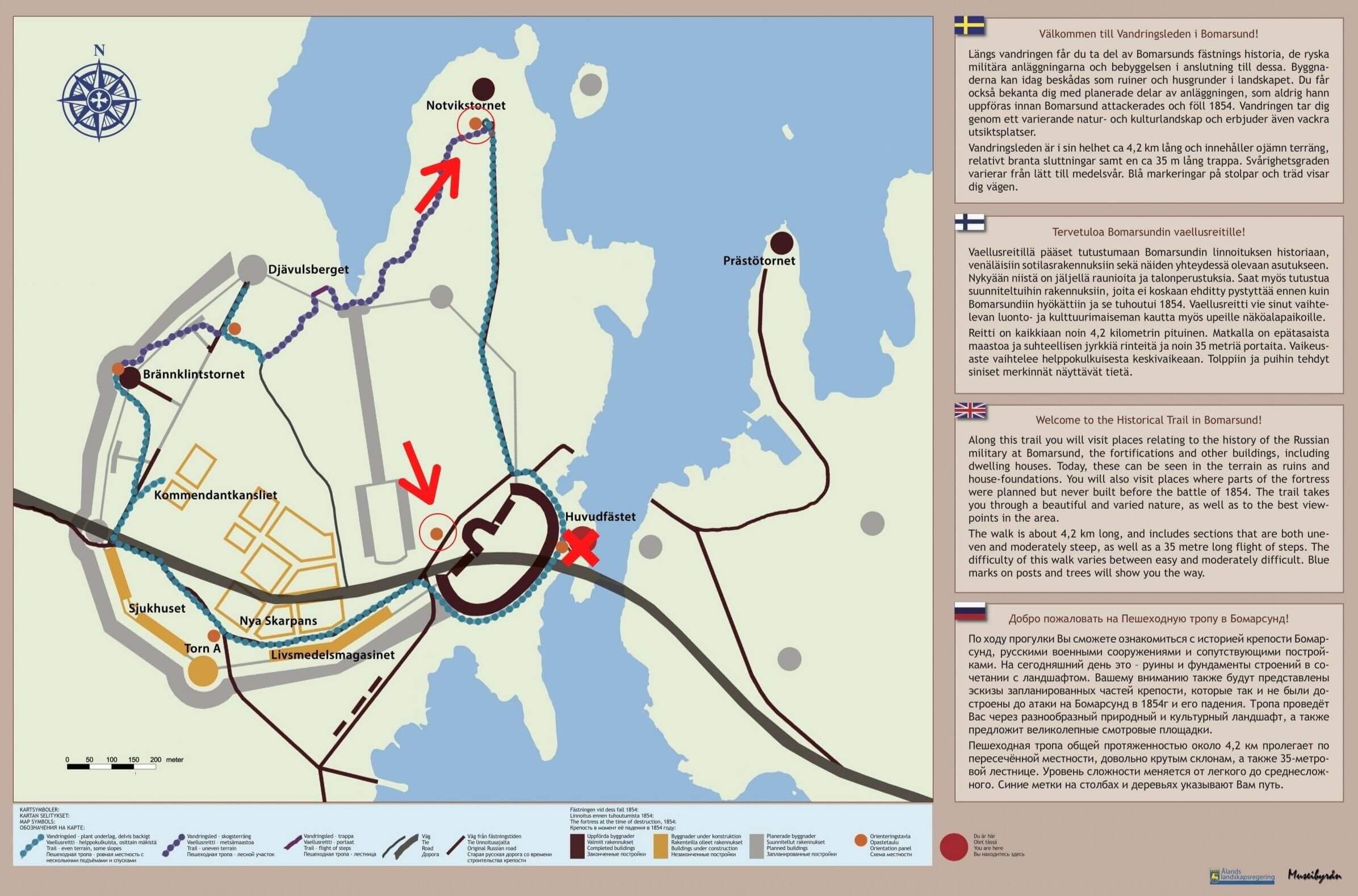